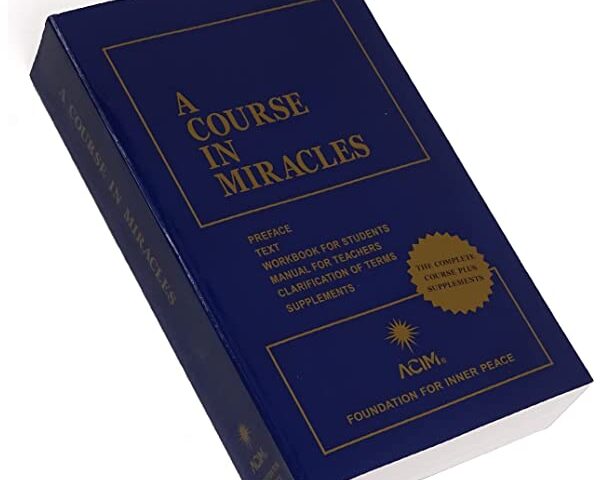 A Course In Miracles Audio: As a child, I felt terrified at the idea of death. No one had spoken with me about death, and no one close to me had died. Yet there was a picture in my mind of my body floating in an endless night sky, surrounded by stars, completely helpless, painfully alone, and frozen with terror.

This fear affected my entire early childhood. It was more important to play it safe, than learn to ride a bicycle, swim, or meet new friends. I was shy, and spent most of my time reading books. As I grew older, there was an uneasy feeling inside me that I was a coward. I admired people in stories I read, who would throw themselves in front of a bus to save another, and I sensed that I was not one of them.

It became crucial that I overcome my fear of death-but I no longer remembered that it was death of which I was afraid. I was now wrestling with the shame of calling myself a “coward.” This was my dirty little secret-I was yellow.

And cowardice infected my whole life. First, I was afraid of sports, then dogs, then water, then other kids, then summer camp, on and on. In order to feel safe, I had to withdraw from life. Safety came at a high price-loneliness and a great longing to play and participate; but instead I stayed in my room.

Although this was my plight as a child and young adult, paradoxically, I was not alone. Many people suffer from this kind of withdrawal. Lonely, terrified people are probably the majority of human beings. I found this out because eventually I went into psychotherapy-first as a client, and then when the therapy worked, as a professional. And I discovered that every client that walked through my door was lonely and terrified. Even when, externally, their lives appeared successful.

As I faced my fear of death, spiritual wisdom came my way. Rather than comforting myself reading novels about lonely people, I started reading mystical literature. “If there is any death, it is that of death itself, for life will not die,” said the great Sufi teacher, Hazrat Inayat Khan. Such elegant logic. How can life die?

A Course in Miracles (ACIM) explains, “The ‘reality’ of death is firmly rooted in the belief that God’s Son is a body. And if God created bodies, death would indeed be real. But God would not be loving.” Again, impeccable logic. If God is Loving, how could He create death? But what did “if God created bodies” mean? Where did bodies from, if not God?