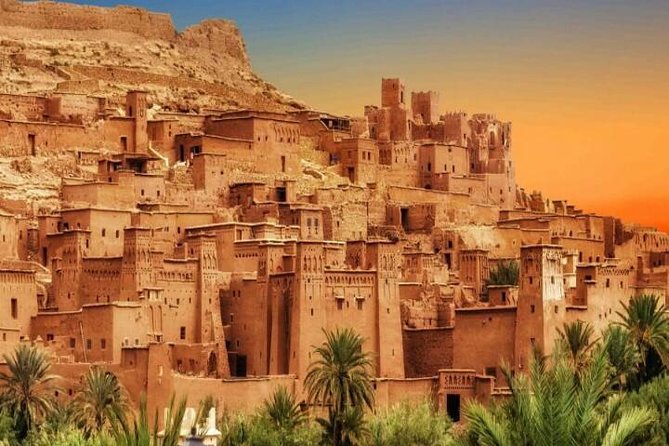 Moroccan desert is not only known by its great sand dunes but also by the famous Kasbahs of a number that exceeds one thousand on the edges of Daraa Valley and Dades Valley. The kasbahs color is derived from the soil which it is built From Marrakech To Ait Benhaddou, and they are recognized by their unique architecture that amounts to 18th and 19th century. A lot of people wonder why Kasbahs were constructed, what were the reasons of building them in their unique shape and that is what we will explain in this article.

Kasbahs are fortified buildings consisting of two or three floors with towers in the corners. They were built with mud which is an ancient technique to isolate outside heat in summers and cold in winters. They played a great role over hundreds of years to protect their population by watching all movements in the oasis through high towers and by preventing enemies to enter inside.

The construction of Kasbahs in a high place indicates the prestigious position of Caids and Pachas who lived in them when Caids and Pachas were representatives of the Sultan in towns and cities. Outside on the walls you could admire the fantastic Berber drawings that characterizes the Berber crafts like their carpets and jewellery.

Besides we find Ksour which are also fortified buildings but they belong to normal people living in small villages surrounded by high walls. A Ksar which is the single of Ksour has usually one entrance, a mosque to pray, a storage known with the name of Agadir to store agricultural crops and around a hundred of houses. Sometimes it could contain as well a Jewish quarter with a synagogue and shops.

So many Kasbahs and Ksour were destroyed due to climate factor and rural exodus. However several of them were restored and became famous like Ait Benhaddou that has been a UNESCO world heritage site since 1987 and many big movies were filmed there like Gladiator. Ait Benhaddou and Taourirt Kasbah in Casablanca To Chefchaouen are the most attractive sites to visit in Ouarzazate and in its region.

The government’s awareness of the historical value of these amazing places was growing lately which led to the restoration of some of them while many others turned into ruins like la Kasbah des cygognes, Amridil, Telouet, Tamdakht, Tifoultout, Amzrou and Tamgrout. Though a lot of tourists still appreciate their unique architecture and the beauty of their mosaic made by Zellij, marble and carved wood especially those where Caid Elglaoui lived. They are a great resource to learn much about Moroccan history and how the small nomad societies managed their life as groups in Ksours established in the desert oasis.