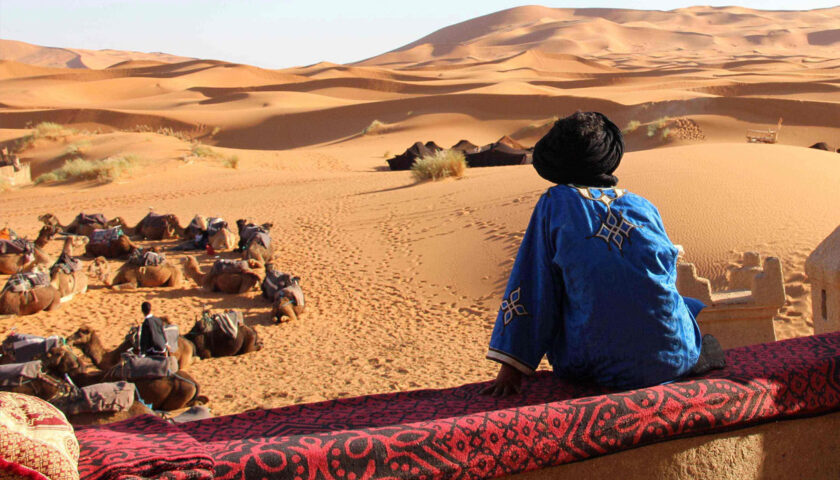 When I remember my trip to Marrakech Desert Tours 3 Days, it is immediately the beautiful Moroccan landscapes that come back to mind and the splendid architecture of the buildings. I realized there is now more than a year a circuit of a week in southern Morocco, accompanied by a great group of ten people, which I keep excellent memories. Back on my trip to Morocco…

We landed in Marrakech and we joined our hotel in the early evening. I had a bad night because the room was not isolated and our neighbors had a party until the end of the night… In short, it was Marrakech!

The next morning, we took the bus to the city of Ouarzazate. The road that crosses the chain of the High Atlas by the Tizin-Tichka pass is long and winding but the landscapes are very beautiful.

We then took the road of “Thousand Kasbahs”, located in the Dades Valley, we then see pretty clay villages, ksours, kasbahs, these are the characteristic buildings of southern Morocco.

We went to the ksar of Ait Ben Haddou. It is a UNESCO-listed fortified village, which has been used as a set for several well-known films such as Lawrence Darabie, the Mummy and Prince of Persia. This is one of the places that struck me the most during my stay in Morocco.

The next day, we sank in the Private Marrakech Desert Tours. The landscapes are arid and really surprising. We sometimes meet wandering dromedaries in a large desert area, some sellers on the sly that come out of nowhere and we discover the habits of Moroccans. I was surprised to see that water was still being collected from a well, that women were washing clothes in the waterways and that many villagers seemed to spend the day sitting in front of their homes doing nothing. And the preservation of meat, do not talk about it!

We spent the night in Tinerhir. In the surroundings, one can discover beautiful palm groves. It is also the starting point for the dunes of Merzouga, my most beautiful memory of Marrakech Desert Tours. We went at dusk so the temperatures were relatively pleasant. The sunset was beautiful, the pictures of the sunset in the dunes of Merzouga are visible here.

Otherwise, throughout our stay, it was very hot, usually 40 °. Despite the fact that we traveled during the middle of September. We were able to consult the current temperatures and weather in Morocco via Meteovista. We had seen that it would be nice and that the temperatures would be “normal” for the season. Meteovista gives climate forecasts for France, Europe, Morocco and the whole world. We can only hope that it will be sunny every trip!

The next day, still under the beautiful sun of Morocco, we stopped at the Gorges du Todra. It is a natural site where the rocky cliffs are very high and close together. Some climbers climb these walls up to 300 meters high. A narrow path allows you to walk down these cliffs. A stream passes right by.

We slept in Erfoud, “the capital of the date”, then we took the road to Zagora. We passed through the Draa Valley, where fortified villages and oases follow one another. Then we spent the afternoon and the night in this old caravan city which served as stage for those who were heading towards Timbuktu.