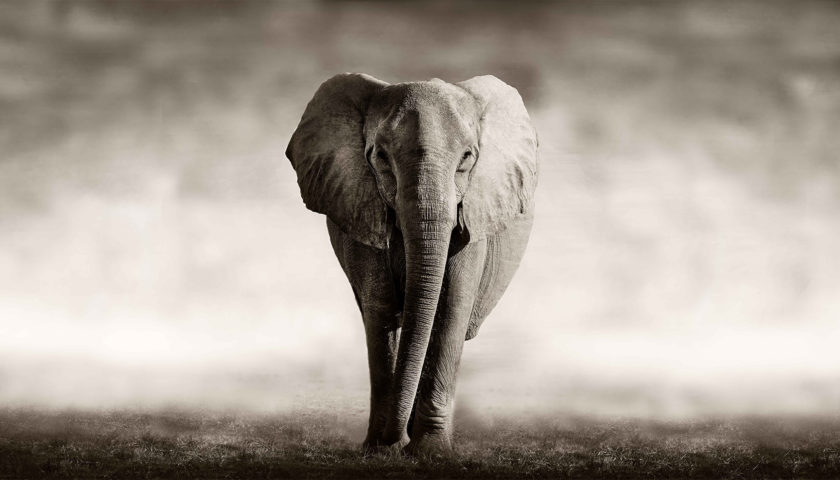 India is a place unlike another. While the culture and heritage has been the highlights, wildlife tours has gained global attention. India is home to more than half the population of tigers in the world. Besides tigers, India is blessed with elephants, nilgai, deer, one-horned rhinoceros, Asiatic lions, a variety of species of birds, amphibians, reptiles and in fact every kind of species of the animal kingdom. The majestic beasts are found in the wild jungles of Central India, sanctuaries which were earlier game parks in Rajasthan, blissful lush wilderness in the South and mostly all over India. Those who want to spot a tiger, can try them at these popular wildlife sanctuaries in India.

Here is a list of the best places to spot tigers on wildlife tours in India:

Settled in the wilderness of Rajasthan, RanthamboreNational Park is one of the most popular places to spot tigers in India. Formerly it was the game reserve for the royal family of Jaipur. Currently, the jungle expanse of Ranthambore is home to tigers in huge numbers, crocodiles, and other species of the animal kingdom. Come October and the wildlife haven open doors for adventure enthusiasts and nature lovers till late June. Wildlife safari in Ranthambore is conducted in the early morning and late afternoon hours, where it is easy to spot tigers and other animals. The ease of getting to Ranthambore, a simple extension of GoldenTriangle, the most popular tour circuitin India is the reason for its popularity. Also, in Ranthambore besides wildlife viewing, come across heritage while exploring the Ranthambore Fort and pamper yourself with luxury with stay at wildlife resorts. 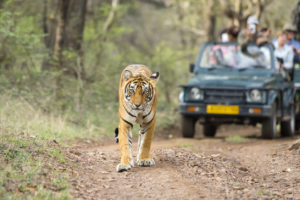 Bandhavgarh National Park allures tourist from far ends of the world for wildlife safaris in India. Located in Central India, in Madhya Pradesh, it is home to a thriving population of tigers. Blessed with abundant biodiversity, the national park has different zones for safari and wildlife viewing. The central Tala zoneis the hub of tigers. Other zones thrive with animals including white tigers, leopards and deer. Bandhavgarh’smix of tropical forest, Sal trees and grassland is home to a variety of species of animal kingdom, scores of bird species, including the fine eagles. Being formerly the hunting grounds of the royal family of Rewa, the wildlife reserves remains of the ancient Bandhavgarh Fort. 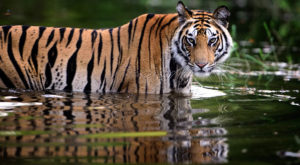 The Kanha National Park is one of the popular places for tiger safaris in India. Nestled in the lush greenery of Central India, the sanctuary reverberates with the roar of tigers, calls of nature and many exciting experiences. The largest of wildlife reserves in India, Kanha is referred to as ‘tiger land’. When you think of wildlife viewing, Kanha is undoubtedly the best option. The blessed environs have much to offer, come across wildlife in their natural habitats, go on jeep safaris, bird watching and stay at the nature-friendly wildlife resorts. 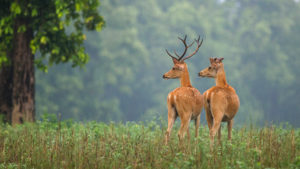 Said to be the inspiration behind Rudyard Kipling’s popular creation ‘The Jungle Book’, The Pench National Park is undoubtedly among the best wildlife reserves in India. The wilderness of Pench is nestled south of Satpura range divided by river Pench into nearly two equal parts. Besides, tigers the lush wilderness is home to 285 resident and migratory birds including the endangered species of vultures, reptiles, fish, insects and many more. Stay at wildlife resorts, safaris, bird watching and even excursions to nearby tourist locales enhance the thrill. The first national park in the country, Jim Corbett gets its name from well-known British hunter and naturalist. Nestled in the foothills of the lower Himalayas, the Corbett National Park comprises hills, rivers, marshes, grasslands, etc. with elevation ranges from 1,300 to 4,000 ft (400 to 1,220 m). With four safari zones and frequent sighting of tigers, it is the hub of wildlife tours in India. A variety of birds, fishes in the Ramganga River, reptiles, amphibians and more also call it home. 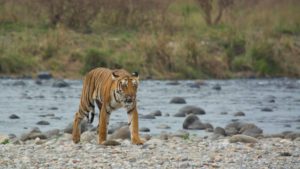 Part of the Nilgiri Biosphere Reserve, theNagarhole National Park and Tiger Reserve is among the most popular of sanctuaries in South India. Nestled in the mountains the lush wilderness includes sandalwood and teak trees. The Kabini River flows through jungle lending beauty beyond words and also boat rides. The green landscapes ishome to tigers, Asian elephants and a variety of birds. A UNESCO World Heritage Site, Sundarbans National Park is a popular haven for tiger sighting in India. The Sundarbans are mangrove formed by the confluence of Ganges, Brahmaputra and Meghna Rivers in the Bay of Bengal. The wilderness is habitat of royal Bengal tigers in huge numbers,and almost 42 other mammal species, 290 species of bird, 120 varieties of fish species, 35 reptile and eight amphibian species. 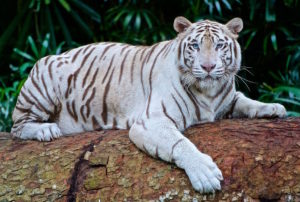